This is an excellent article about Media Convergence... On what is meant to be an Old Media and what's the new Media... And how it’s being converge into one Black Box! This article is not by me… its have been adapted from Wikipedia...

Hope you learn something from! Thank you.

The rise of digital communication in the late 20th century made it possible for media organizations (or individuals) to deliver text, audio and video material over the same wired, wireless or fiber-optic connections. At the same time, it inspired some media organizations to explore multimedia delivery of information. This digital convergence of news media, in particular, was called "Mediamorphosis" by researcher Roger Fidler, in his 1997 book by that name.

The internet is a globalize network and was officially launched in 1969. Over the past 40 years its role has changed rapidly its main use being for communication, and easier, faster access to information for Universities and various other educational institutions. In today's world, the internet does more than that. It is an important tool used to reach various audiences around the world. Its uses have been constantly trying to create more ways in which the internet can be useful in more ways than one. Television, Radio and Newspapers are the world's main mediums in accessing news and entertainment. Now, all 3 mediums have converged into one and people all over the world now can read news on the internet. They can also watch videos, TV Shows, listen to music, download and upload pictures, music and videos. Now one doesn't have to wait until the next day to hear the latest in news, fashion and music. The internet is so easy to access that should anything happen, it would be displayed to the whole world within minutes.

Convergence of media occurs when multiple products come together to form one product with the advantages of all of them, also known as the black box. This idea of one technology has become known more as a fallacy because of the inability to actually put all technical pieces into one. For example, while people can have e-mail and internet on their phone, they still want full computers with internet and e-mail in addition.

Media convergence is a concept in which old and new media intersect; when grassroots and corporate media intertwine in such a way that the balance of power between media producers and media consumers shifts in unpredictable ways. According to Henry Jenkins who is a highly respected media analyst and one of the foremost leading experts on the convergence culture paradigm, and the Founder and Director of the Comparative Media Studies Program at MIT states that, "the flow of content across multiple media platforms, the cooperation between multiple media industries, and the migratory behavior of media audiences."

Media convergence is not just a technological shift or a technological process; it also includes shifts within the industrial, cultural, and social paradigms that encourage the consumer to seek out new information. Convergence, simply put, is how individual consumers interact with others on a social level and use various media platforms to create new experiences, new forms of media and content that connect us socially, and not just to other consumers, but to the corporate producers of media in ways that have not been as readily accessible in the past.

For example, the Wii is not only a games console, but also a web browser and social networking tool. Mobile phones are another good example, in that they increasingly incorporate digital cameras, mp3 players, camcorders, voice recorders, and other devices.

This type of convergence is very popular. For the consumer it means more features in less space, while for the media bodies it means remaining competitive in the struggle for market dominance. With the advance in technology comes the ability for technological convergence which alters the social-side effects in that the virtual, social and physical world are colliding, merging and coordinating.

However, convergence can have its downside. Particularly in their initial forms, converged devices are frequently less functional and reliable than their component parts (e.g. a DVD may perform better on a traditional DVD player than on a games console). As the amount of functions in a single device escalates the ability of that device to serve its original function decreases. For example, the iPhone (which, by name implies that its' primary function is that of a mobile phone) can perform many different tasks, but does not feature a traditional numerical pad to make phone calls. Regardless, an ever-wider range of technologies are being converged into single multipurpose devices.

Since technology has evolved in the past ten years or so, companies are beginning to converge technologies to create demand for new products. This would include phone companies integrating 3G on their phones. Television in the mid 20th century converged the technologies of movies and radio, and is now being converged with the mobile phone industry. Phone calls are also being made with the use of personal computers. Converging technologies seems to be squashing many types of demanded technologies into one. Mobile phones are becoming manufactured to not only carry out phone calls, text messages, but also hold images, videos, music, television, camera, and multimedia of all types. Manufacturers are now integrating more advanced features such as video recording, receivers, data storage and security mechanisms into the traditional cellphone.

These paradigm shifts are ongoing in the media, and often occur from time to time as the technology to create better devices evolves. It was predicted in the 1990s that a digital revolution would take place, and that old media would be pushed to one side by new media. Broadcasting is increasingly being replaced by the Internet, enabling consumers all over the world the freedom to access their preferred media content more easily and at a more available rate than ever before.

However, when the dot.com bubble of the 1990s suddenly popped, that poured cold water over the talk of such digital revolution. In today's society, the idea of media convergence has once again emerged as a key point of reference as newer as well as established media companies attempt to visualize the future of the entertainment industry. If this revolutionary digital paradigm shift presumed that old media would be increasingly replaced by new media, the convergence paradigm that is currently emerging suggests that new and old media would interact in more complex ways than previously predicted. The paradigm shift that followed the digital revolution assumed that new media was going to change everything. When the dot com market crashed, there was a tendency to imagine that nothing had changed. The real truth lay somewhere in between as there were so many aspects of the current media environment to take into consideration. Many industry leaders are increasingly reverting to media convergence as a way of making sense in an era of disorientating change. In that respect, media convergence in theory is essentially an old concept taking on a new meaning.

Media convergence in reality is more than just a shift in technology. It alters the relationship that already exists between industries, technologies, audiences, genres and markets. Media convergence changes the rationality in which media industries operate and also the way that media consumers process news and entertainment. Bearing in mind that media convergence in reality is essentially a process and not an outcome, there is no single black box that controls the flow of media into our homes and workplaces. With the large number of different media channels and the increasing portability of new telecommunications and computing technologies, we have entered into an era where the media is constantly surrounding us. Believe it or not, today's modern society is already existing within a convergence culture.

Media convergence requires companies operating within the scope of the media to rethink existing assumptions about media from the consumer's point of view, as these assumptions affect both marketing and programming decisions. Media producers have to respond to these newly empowered consumers in today's society to reinvent existing concepts to keep them up to date with emerging trends. Consumers these days do not just want to be on a one way transmission model where they simply receive information. They want to interact with it. They want to create it. They want to participate within it. Media convergence has allowed that to happen and as the proliferation of new communication technologies continues to occur, this trend is here to stay.

Email ThisBlogThis!Share to TwitterShare to FacebookShare to Pinterest
Labels: Media 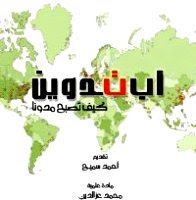